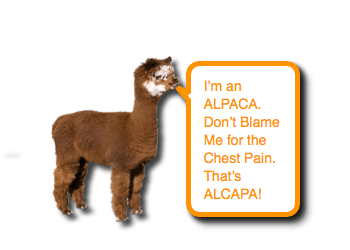 Embryology is amazing. Seriously. Think about it. Growing from one cell to all of the complex structures that form our organs is literally miraculous. It is shocking that it is able to occur correctly at all and it should be no surprise when it doesn’t go perfectly. Unfortunately, when it doesn’t go perfectly, terrible outcomes can become evident. We have previously discussed some issues when chromosomes don’t migrate properly (ex, Down’s Syndrome). We have also looked at what can happen when arteries form incorrectly (ex, AVM). Now let us take a moment to ponder the issues that can arise when an artery finds its origins incorrectly in an adjacent structure – Anomalous Left Coronary Artery from the Pulmonary Artery (ALCAPA).

Anomalous left coronary artery from the pulmonary artery (ALCAPA) is a rare congenital heart defect. Children with this anomaly are usually asymptomatic at birth and develop symptoms later on in life, which may mimic myocarditis. We sought to delineate clinical, laboratory, and epidemiological aspects of this anomaly. […]

Anomalous origin of the left coronary artery from the pulmonary artery (ALCAPA) is a rare congenital condition. It responds well to early diagnosis and treatment, but otherwise the prognosis is poor. We present our case series of 12 patients (mean age, 2 ± 2.58 yr; age range, 2 mo-8 yr), emphasizing the diagnostic process and discussing our surgical results. The diagnosis of ALCAPA should be suspected in infants who have dilated cardiomyopathy w […]

This study aimed to retrospectively analyze the imaging features of an anomalous origin of the left coronary artery from the pulmonary artery (ALCAPA) in pediatric patients, with cardiac computed tomography (CT) and echocardiography. […]

Anomalous aortic origin of the left coronary artery is rare and confers increased risk of sudden cardiac death. Accurate diagnosis is crucial and often requires many diagnostic modalities. This case report highlights the echocardiographic characteristics and pitfalls in diagnosing the anomaly in addition to the advantages of using computed tomography and magnetic resonance imaging in a pediatric patient. […]

Anomalous left coronary artery from the pulmonary artery (ALCAPA) is most commonly diagnosed within the first year of life with congestive heart failure symptomatology reflecting left ventricle (LV) dysfunction. The late diagnosis of ALCAPA is presented in a 5-year-old without significant LV dysfunction, mild LV dilatation and only mild mitral regurgitation that did not change significantly after surgery. The timing of surgical intervention in th […]