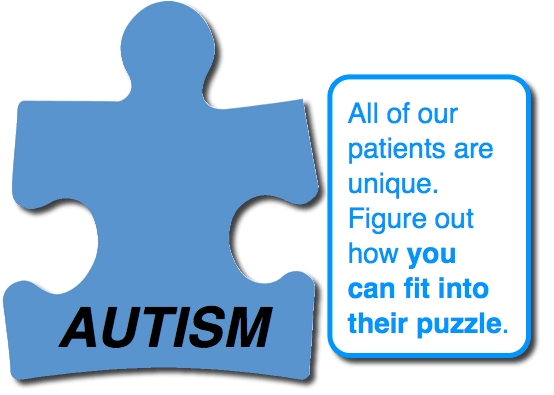 The Emergency Department is appealing to many of us because of the speed at which it occurs.  We evaluate rapidly.  We get results quickly (relatively anyway… often we get cranky because they aren’t rapid enough).  We make decisions expeditiously.  Our environment is loud and fast.  The chaos and cacophony can be appealing to many, but can also be terrifying to others.  Children with Autism, particularly, may not respond well to this environment and it is our job to adjust to them, otherwise everyone may end up having a bad day.

Autism in the ED

This is a retrospective chart review of autistic patients presenting to the emergency department (ED) in a tertiary care pediatric center during the year 2011. […]

Seizures are reported to occur more frequently among children with diagnoses of autism and pervasive developmental disorder (PDD), and some reports indicate a frequency as high as 30%. Sedation is often necessary to perform diagnostic electroencephalograms (EEGs) in these children, who are known to be difficult to sedate with current available pediatric sedating agents, including chloral hydrate. We used clonidine as a sedative agent in children […]