We have discussed my philosophy of pediatric EM prior: primarily it is composed of a wide variety of “grandma diagnoses,” that can be accurately diagnosed and managed by an astute grandmother.  Our purpose, however, is to not be another “grandma,” but rather ensure that grandmothers are not missing more considerable conditions.  For instance, you are trained to pick up on the inborn of metabolism amongst all of the children of vomiting.  It is a tough job, certainly, but occasionally, some of those less common conditions present to us and their diagnosis is made just by your simple consideration of its possibility: “you can’t diagnose it if you don’t think about it.” This week, we had such an event occur.

6 yo female presents for maternal concern of high blood pressure.  It was noted during routine exam ~1month ago and being “monitored.” Mother became concerned when she found the SBP >150.  Child has otherwise been fine.  No edema noted. No fevers. No exercise intolerance.  The urinalysis was normal. The renal function normal.  There was a loud systolic murmur and diminished femoral pulses. CXR was classic with it’s abnormalities (see website).  Cardiology agreed to perform ECHO, which demonstrated critical coarctation of the aorta. Nothing against grandma, but I think this family was glad they came to see us in the Peds ED.

a)      Coarctation of the Aorta Background

iii)   Most are diagnosed within the first year of life

(1)    Always consider in the neonate who becomes critically ill, acidotic, and/or with poor perfusion to lower extremities.

b)     Coarctation presenting in later childhood

i)      While the presentation in the first year of life can be rather dramatic (heart failure, circulatory collapse, death – all dramatic things), later in life the presentation can be more insidious and can go overlooked or underappreciated.

(1)    Systolic murmur (often conducted to back)

ii)     Certainly, if undiagnosed and severe, coarctation can still produce significant morbidity and mortality (and is why we need to diagnosis it)

(2)    Due to collateral blood vessels

(2)    Abnormal aortic knob shadow from coarct and dilation of the left subclavian artery.

So, while this may not be a diagnosis seen every day, it is one that should be considered on your differential of that child with hypertension or murmur… and shock too. 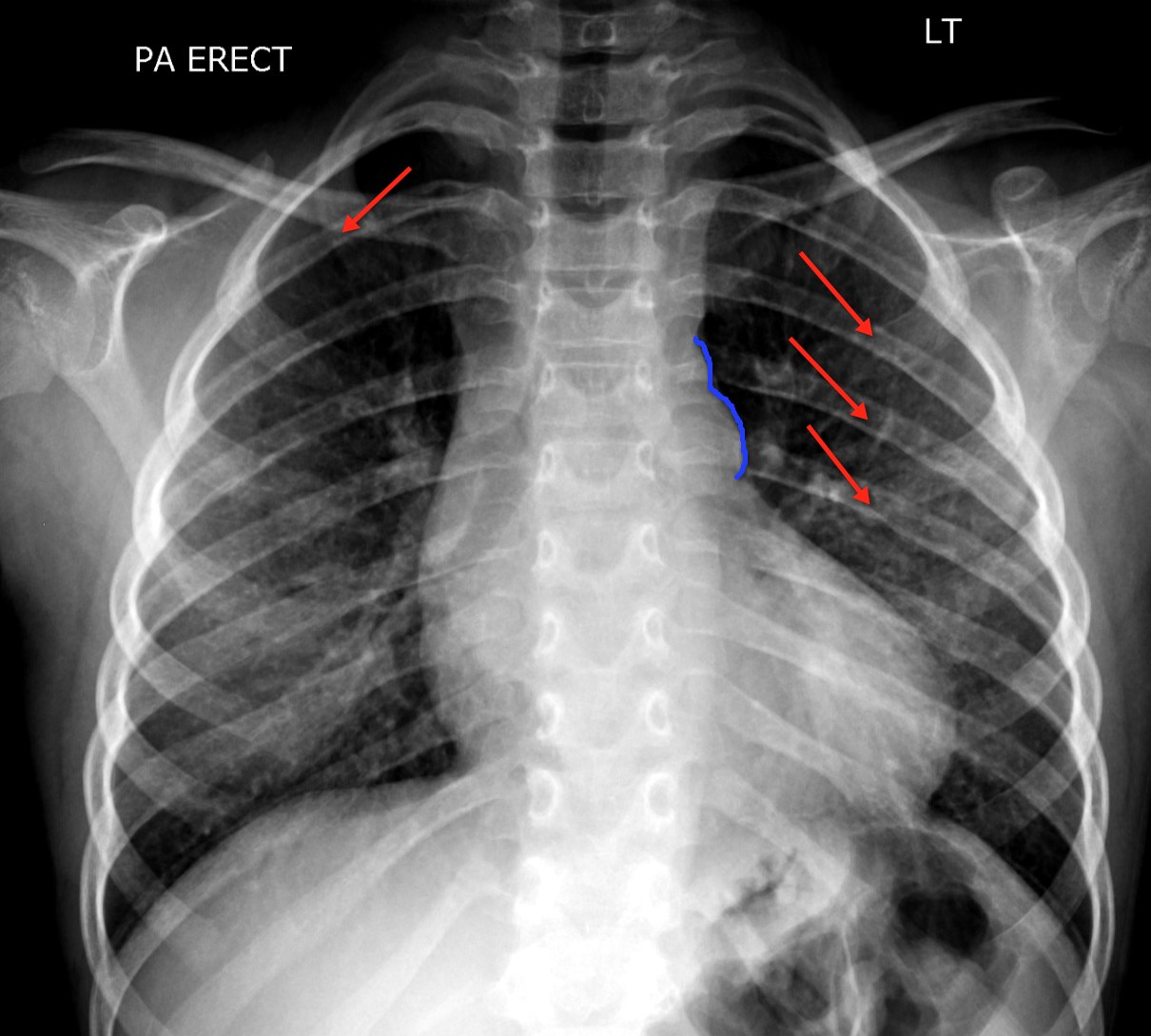