Pediatric EM can be quite difficult. We have discussed how it requires vigilance to see through the mountains of patients presenting with vomiting due to gastroenteritis to find the one kid with an inborn error of metabolism.  Additionally, the super ill appearing neonate often induces VTach in us as well: Is it sepsis? Is it congenital heart disease?  Well, since those two topics are fun to consider individually, let’s consider them together: Congenital Adrenal Hyperplasia (CAH)

BONUS MORSEL – if your pt that you are diagnosing pyloric stenosis in has hyperkalemia, reconsider the Dx and think of CAH! Pyloric stenosis would more likely have normal K or low K.

Treatment considerations for the child in Shock due to CAH.

So CAH is yet another condition that can have devastating consequences and yet present as a “simple” vomiting and dehydration picture.  Remember that when you assessing the patient for SHOCK, consider: 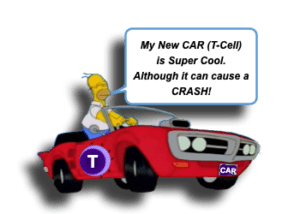