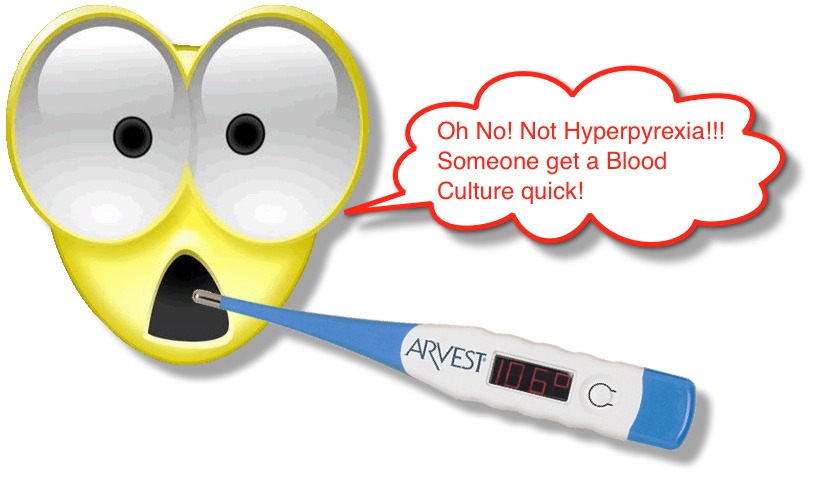 It is often said that fever never goes unnoticed by parents. I think most of us would agree with that and that there seems to be a direct correlation between the level of parental concern and the level of elevation of the mercury.  The question, though, is whether the temperature of 106 degrees F should make us, as health care providers, more concerned.

Hyperpyrexia: What it boils down to…