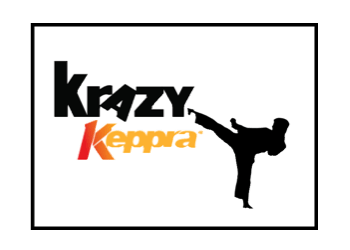 One of the most interesting (and most frustrating) aspects of our jobs is its perpetually evolving nature. That can be humbling (particularly when what you held as steadfast fact is pointed out to be mythical by your medical student).  That being said, we should all be proficient at what I call “humble arrogance”… always confident enough to demonstrate your ability to defeat the odds of diagnosis and management, but never presuming infallibility.

So yesterday when I was faced with a 5 year old who was brought in after having had a seizure and was acting very aggressively I had admit ignorance and learn something new.

The child had a known seizure disorder leading to almost weekly seizures at baseline.  Recently his Keppra (levetiracetam) was increased to help reduce their frequency. The mother was not sure that his seizures have been affected, but she knows that he has become very aggressive: hitting his siblings and his parents… and even attacking strangers.  Indeed, my exam required evasive maneuvers on my part (image me starring in a Jackie Chan movie).

I really wanted to discount it as being part of his post-ictal state. Also considered meningoencephalitis and electrolyte disturbances.  However, his mother was confident that everything else was normal… he simply had a different personality.

Keppra has steadily become more popular… so perhaps I should know more about one of the significant side effects attributed to Keppra.

1) Keppra has been associated with behavioral changes

a) Helmstaedter found that 37% of patients had some degree of:

b) Interestingly 22% of patients reported positive symptoms of improved energy, vigilance, etc.
c) It is believed that Keppra exerts a dose-dependent behavioral affect, which can be either positive or negative.

2) Overall, it is estimated that ~8% of patient will have Aggression.

3) ~5% of patients have to discontinue the medication because of side-effects.

So, while the child tries to kick you, recall that it might not be his/her fault.  Medications have great attributes, but occasionally make kids want to do karate on your face.