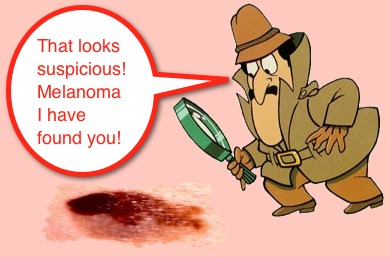 So, while many of us don’t want to admit it, a lot of what we do in the Emergency Department does not specifically qualify as an “emergency.”  Of course, while what constitutes an emergency is somewhat relative to the individual, for those issues that aren’t meeting our standards of what an emergency is, it is easy to become judgmental and crass.

Some, non-emergent conditions, however, do benefit from our attention.  Many times your keen eye can help detect smoldering problems that could become more significant medical issues.  Being able to keep an active pursuit of hidden illness will allow you to pick up on diabetes before it presents as DKA.  Another great example is Malignant Melanoma.  Simply inspecting the skin can save a life!  And in kids, it is generally a lot easier to see all of their skin than in adults (bonus of working with kids!).

Why should an EM MD care?

When should I be concerned?