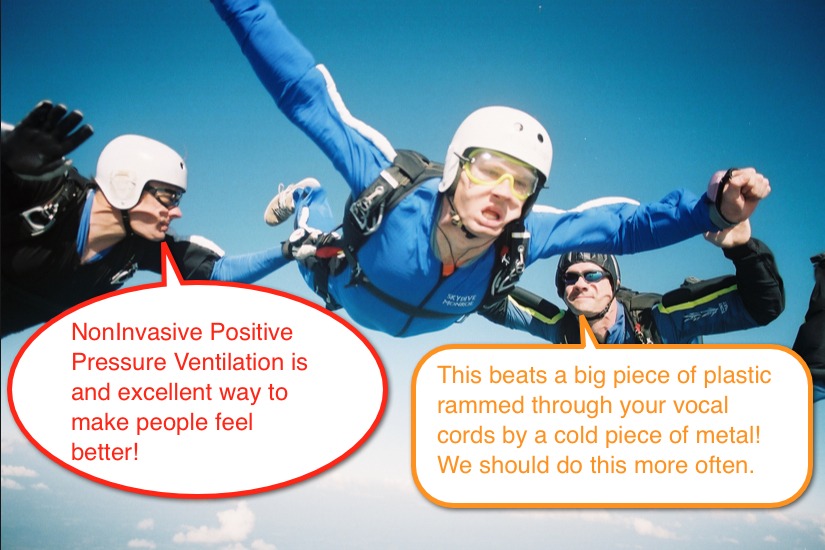 The decision to intubate a patient is, unquestionably, one of the most significant (and at times intimidating) decisions that we make.  In preparation and consideration for all of the potential complications and outcomes of the intubation, it is common to use the analogy of going skydiving: You wouldn’t go skydiving without a backup parachute. Personally, I like skydiving (went for my Bachelor party many moons ago) and I think that we should use skydiving to remind us that NONINVASIVE VENTILATION is a great plan to help us avoid needing to jump out of the plane in the first place.

Common Themes of Research of Noninvasive Ventilation in Pediatrics

Noninvasive Ventilation as Part of the Kitchen Sink

As we mentioned last week, and in other Morsels, I like to throw the entire Kitchen Sink at patients who are presenting with severe asthma.  I think many of us would place noninvasive ventilation within that collection of tools.

Take a look at the Marohn article from 2013… it is a good review!