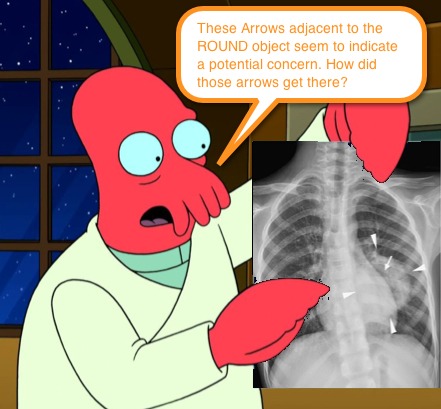 We have previously discussed Pediatric Pneumonia (and why I still live outside in the dog house).  We all commonly assess the pediatric CXR and need to be skilled in its interpretation; but have you ever looked at a CXR of a child and asked yourself, “why is that mass so round? That has to be something more than an infection.”  Well, for those of us who care of adults, that sick feeling you have in your gut that this round opacity is more than a pneumonia is often justified.  Here, however, is another example of kids not playing by the same rules that adults do. Round Pneumonia is a well-known clinical entity in pediatrics, and fortunately, much more common than other “badness.”

Round Pneumonia – The Bugs

Round Pneumonia – Is it something else?

Round Pneumonia – When to Consider CT

In contrast to older kids and adults, a round opacity in a child is much more likely to be a pneumonia than a malignancy. With this in mind, and with a desire to utilize CT scans judiciously, it is generally best to treat Round Pneumonia with antibiotics and save the CT for those kids who: