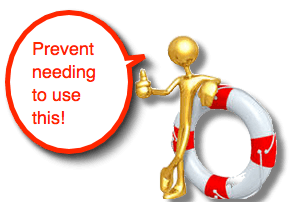 Working in the Emergency Department places us in a unique position to allow our words to have a significant impact with our patients and their families. While this time of year brings submersion injuries to the front of our minds (Prolonged QTc, C-Spine Injury, Submersions), let us make sure we bring it to the conscious level of our patients as well.  A few minutes spent on injury prevention in your ED will hopefully help avoid a preventable tragedy this summer!

Basics to Point Out to Families 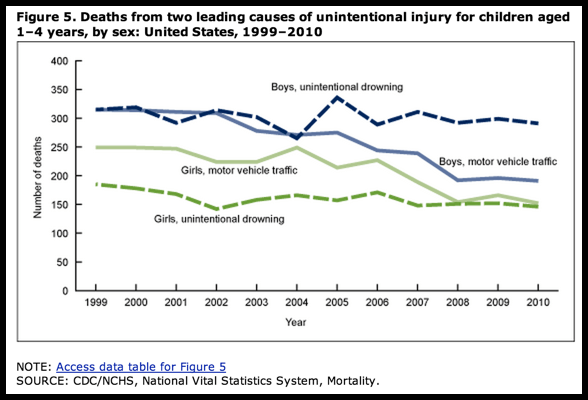 Basics to Keep in Mind

Naturally, the devastation and damage that submersion injuries can produce are best treated by avoiding them all together!  Take the opportunity to help with injury prevention at every chance you have … maybe the most important aspect of the evaluation you do for the toddler with a viral URI is emphasize the importance of water safety with the family!

This report provides recent findings on unintentional drowning deaths in the United States. Children under 5 years of age and adults aged 85 and over had the highest risk of drowning, although the rates for these age groups reached their lowest point in 2010. Drowning death rates decreased over time for all age groups except for adults aged 45–84. Drowning remained the second leading cause of death from unintentional injury for girls aged 1–4 […]

Report cognitive and neurological outcome later in life of surviving drowned children who had received CPR either from bystanders or from emergency medical services (EMS) units. […]

Drowning is a leading cause of unintentional injury death worldwide, and the highest rates are among children. Overall, drowning death rates in the United States have declined in the last decade; however, drowning is the leading cause of injury death among children aged 1-4 years. In 2001, approximately 3,300 persons died from unintentional drowning in recreational water settings, and an estimated 5,600 were treated in emergency departments (EDs) […]

The objective of this study was to review mortality from external causes (accidental injury) in children and adolescents in systematically selected journals. This was a systematic review of the literature on mortality from accidental injury in children and adolescents. We searched the Pubrvled, Latin-American and Caribbean Health Sciences and Excerpta Medica databases for articles published between July of 2001 and June of 2011. National data fro […]

To determine the prevalence and spectrum of mutations associated with long QT syndrome (LQTS) and catecholaminergic polymorphic ventricular tachycardia (CPVT) in a seemingly unexplained drowning cohort. […]

To determine the prevalence of traumatic injuries in children involved in drowning and near-drowning accidents. […]

Submersion victims are frequently considered at high risk for cervical spine (C-spine) injury regardless of whether they sustain a traumatic injury. We hypothesized that C-spine injury is unlikely in submersion victims who do not sustain high-impact injuries. […]