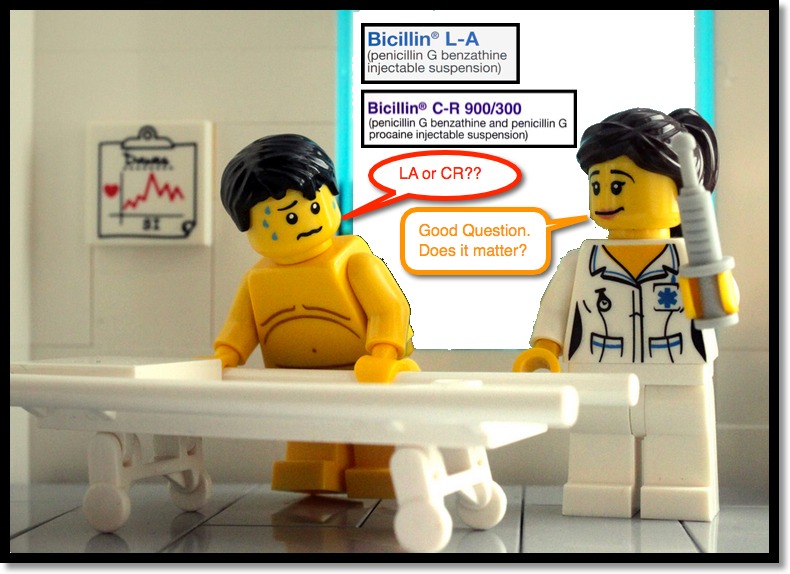 Last week we discussed the value of the tried and trusted antibiotic, Penicillin, for pneumonia. In the past we have also mentioned Acute Rheumatic Fever and the management of Strep Pharyngitis. We know that the therapy of choice for Strep Pharyngitis is Penicillin, and many of us prefer to use intramuscular injection.  Often, though, the question comes up as to which form of the IM Penicillin is appropriate: Bicillin® CR or Bicillin® LA?

Intramuscular benzathine (BZ) penicillin G has been accepted as the gold standard for treatment of patients with streptococcal pharyngitis since it was first introduced in 1952. Unfortunately, it has been associated with pain and tenderness at the site of injection. Efforts to lessen this by combining it with varied quantities of procaine (PC) penicillin G have been successful, decreasing the incidence of significant local reactions to 5% to 10%, […]