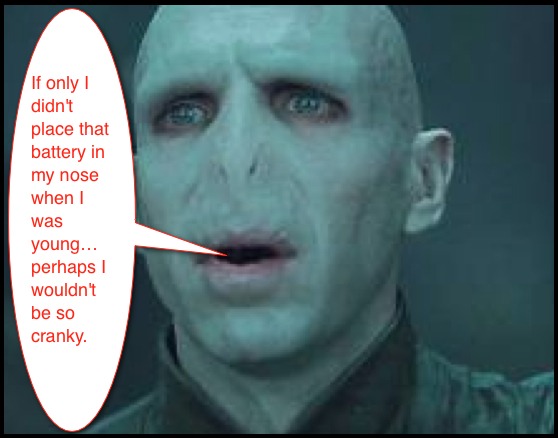 We have all seen our share of objects in places that they are not supposed to be.  Certainly we strive to remove these foreign objects without causing any more harm, but occasionally are not successful and defer to our friends with specialized tools.  But, there are some types of Foreign Bodies that demand a little more respect and require more emergent care.  The Watch / Button Battery Nasal Foreign Body is one specific instance.

The Problem with Button Batteries in the Nose

If all else fails, try a snare!

A 24-guage wire “snare” loop was created, inserted into the nasal aperture, and used to dissect a plane between the battery and the septal, turbinate, and nasal floor mucosa until all sides were free.  Once the posterior free edge of the battery was palpable with the loop, it was rotated 90 degrees and retracted outward, freeing the nasal foreign body and bringing it forward. At this point, the battery was visualized in the alar vestibule and removed with forceps.”

Keep this in your bag o’ tricks to perhaps save a nose!