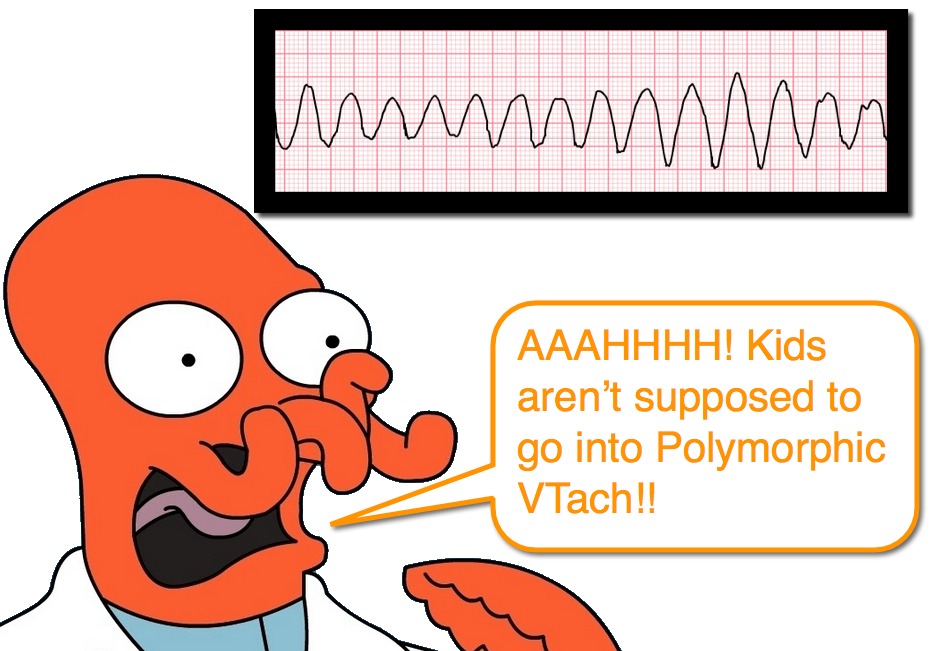 Honestly, one of the best aspects of writing the Ped EM Morsels weekly is that I benefit from learning (or re-learning) something each week. This week is a great example of that phenomenon. We do not often have to care for the pediatric cardiac arrest, but when we do we take comfort in our advanced training and can rely on some of the basic concepts and recommendations (AHA Resuscitation Guidelines). What happens, though, when our advanced life support training steers us in the wrong direction? Let us consider the unusual case of Catecholaminergic Polymorphic Ventricular Tachycardia.