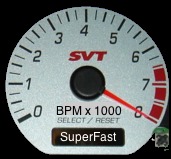 I am positive that everyone experienced some joyful palpitations on Valentine’s Day yesterday.  As our hearts raced with excitement, I am also sure that many of us considered ordering some adenosine… just in case.

While it has been fun pondering a variety of pediatric cardiovascular issues (like Kawasaki Disease, the 2010 Resus Update, Systolic BP Guide, use of PGE1, Syncope, Subtle signs of heart failure, Complications of fontans, Hypercyanotic spells, and Coarctation of the Aorta just to name a few), we should take a minute to discuss one of the most important cardiovascular issues in pediatrics.

Saul JP, LaPage MJ. Is it time to tell the emperor he has no clothes? Intravenous amiodarone for supraventricular arrhythmias in children. Circulation: Arrhythmia and Electrophysiology. 2010; 3: 115-117.
Doniger SJ, Sharieff GQ. Pediatric dysrhythmias. Pediatr Clin N Am. 2006; 53: 85-105.