Oh, the sound of nebulized beta-agonists… it is like … fingers nails on a chalk board to me!

Ok, I might be a bit of a vigilante, going exam room to exam room trying to eliminate albuterol nebs… but, here’s my rationale:

The Problem with Nebs

The benefit of MDI use in the ED:

Certianly, MDI’s aren’t appropriate for everyone and your therapies should always be tailored to the individual; however, for the majority of patients, MDIs are the preferred initial treatment in the ED. If your patient is getting a neb, then they likely look pretty sick and you might want to start considering the other Kitchen Sink therapies (see Heliox Morsel).

Castro-Rodriguez JA, Rodrigo GJ. beta-agonists through metered-dose inhaler with valved holding chamber versus nebulizer for acute exacerbation of wheezing or asthma in children under 5 years of age: a systematic review with meta-analysis. J Pediatr 2004;145:172–7.

I enjoy taking care of patients and I finding it endlessly rewarding to help train others to do the same. I trained at the Combined Emergency Medicine and Pediatrics residency program at University of Maryland, where I had the tremendous fortune of learning from world renowned educators and clinicians. Now I have the unbelievable honor of working with an unbelievably gifted group of practitioners at Carolinas Medical Center. I strive every day to inspire my residents as much as they inspire me.
Website Twitter Facebook Linked In Instagram
Articles: 538 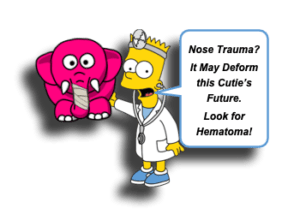 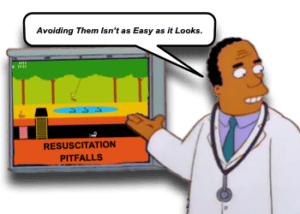