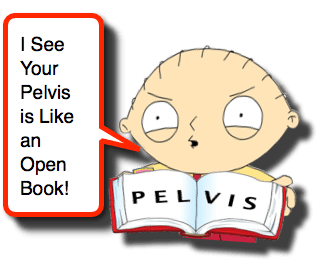 Pediatric pelvic and acetabular fractures are rare injuries. They are almost always the result of a high-energy injury mechanism. A full trauma protocol should be instituted, having a high index of suspicion for associated life-threatening injuries. In the past, it was recommended that almost all of these injuries be treated nonoperatively. However, pelvic and acetabular fractures do not all remodel well. Prospective studies are needed to establi […]

Pelvic injuries in young children are rare, and it has been difficult to establish clinical guidelines to assist providers in managing blunt pelvic trauma, especially in non-Level 1 trauma centers. […]

The classic pediatric pelvic fracture (PPF) classification was developed by Torode and Zeig in 1985 and is based exclusively on plain radiographs. The purpose of this study was to propose a modification to a previously accepted PPF classification scheme and discuss the significance of this modification with respect to treatment and management of PPF over an 8-year period at a large pediatric hospital. […]

Pediatric pelvic fractures account for only 1% to 2% of fractures seen by orthopaedic surgeons who treat children. They are typically associated with high-energy trauma, requiring a comprehensive workup for concomitant life-threatening injuries. Anteroposterior radiographs and rapid-sequence computed tomography are the standards of diagnostic testing to identify the fracture and recognize associated injuries. Treatment is individualized based on […]

Pelvic fractures in children represent a unique set of patients for several reasons. Pediatric pelvic fractures are relatively uncommon and the long-term consequences of these fractures and their associated injuries often have a substantial impact on these patients for the rest of their lives. There is significant controversy regarding the appropriate approach toward the management of these injuries. Nevertheless, there is substantial variability […]

Many aspects of pediatric trauma are considerably different from adult trauma. Very few studies have performed comprehensive comparisons between pediatric and adult pelvic fractures. The purpose of this study was to compare the incidence of pelvic fracture, the epidemiologic characteristics, type of associated abdominal injuries, and outcomes between pediatric (age </= 16 years) and adult (age > 16 years) patients. […]

A retrospective study was performed on 141 patients with multiple injuries that included pelvis fractures. The mode of injury, type of fracture of the pelvis, associated injuries, morbidity and mortality, and outcome following healing of the fracture were studied. From this study a classification has been derived which appears to show a correlation among the type of pelvic fracture, the associated injuries, and the expected outcome from that frac […]

I enjoy taking care of patients and I finding it endlessly rewarding to help train others to do the same. I trained at the Combined Emergency Medicine and Pediatrics residency program at University of Maryland, where I had the tremendous fortune of learning from world renowned educators and clinicians. Now I have the unbelievable honor of working with an unbelievably gifted group of practitioners at Carolinas Medical Center. I strive every day to inspire my residents as much as they inspire me.
Articles: 548