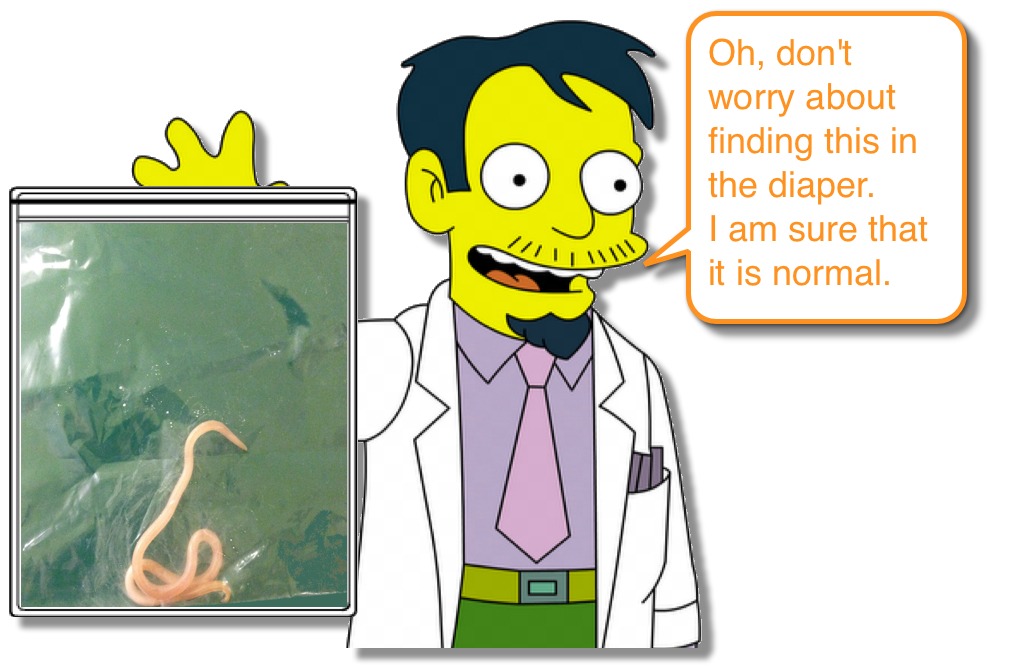 We have discussed many commonly encountered issues throughout the Ped EM Morsels, but many of us stay interested in our jobs because of the significant vastness of topics that we encounter.  When the child’s foster mother told me that she “found a worm in the diaper,” I will admit that I became immediately more “interested” than usual.  Certainly this was not going to lead to a Delayed Sequence Intubation and I was not going to have to recall how to work up Incomplete Kawasaki Disease, but it was something that I had not thought through thoroughly since taking written board exams.  I guess those board examinations have a purpose after all…

This is the part that makes me think a Scary Halloween Movie could be written about this weird worm!

Here’s the weird and wild part…