We often instruct with absolutes. “Never let the sun set on a pleural effusion.” “You’re not dead until you’re warm and dead.” “Never intubate an asthmatic.”

Well, often medical decisions exist in a much less dichotomous realm. It is great to have strong opinions and a resolute view of the goals; however, being adept at generating positive results with a terrible set of variables is what we as EM physicians must do.

In the past we have covered Asthma management several times (MDIs vs Nebs, Hydration Status, and more) and often declare the goal of not intubating those patients and doing everything possible, like throwing the “Kitchen Sink” at them.

But… what if things aren’t going well?

And, by not going well, I mean the patient is actively trying to die. Picture if you will…

A young male who presents with severe distress. The Kitchen Sink gets ordered, but the child’s distress leads him to be anxious and prevents him from cooperating so that the therapies are now ineffective. Additionally, his severe diaphoresis prevents maintaining an IV. His mental status quickly changes from extremely anxious to terrified to combative. You enlist the aide of all of your ED resources, but despite everyone’s best efforts, he continues to rapidly worsen, objectively. His Heart Rate, which was rapid, now is decreasing into the 80’s. His Pulse Ox on Facemask is 75%. There is no time to change your pants… you’ll have to do that later.

Additions to the Kitchen Sink 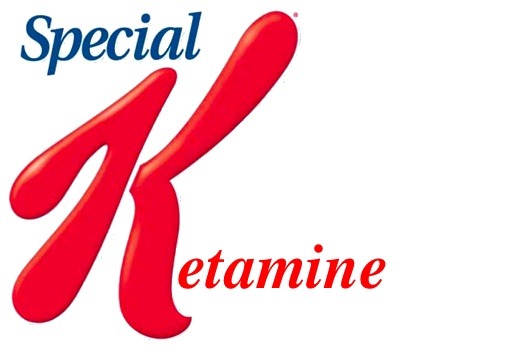 Obviously we would like to have the patient optimally preoxygenated prior to intubation with appropriate nitrogen washout. But, in this case, the child is going to need positive pressure to do so… as his Sat is 75% on a facemask. What do you do now?

You can use a BVM with PEEP valve, but he won’t likely tolerate that easily, so you’d have to either restrain him or sedate him… or both. And then, that still won’t be very easy to do on his very sweaty face.

You can elect to just “go for it” and perform RSI. Hmmm…. I definitely would not advocate for this unless you want to deal with a bradycardic arrest concurrently.

Or you can slow down the process of Rapid Sequence Intubation…

Naturally, these aspects of the Kitchen Sink really reside under the Kitchen Sink and should seldom be needed, particularly for children. That being said, it is really a good feeling to know where to find those tools when all else seems to be failing rapidly.