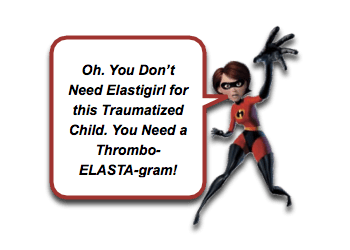 Trauma and accidental injuries keep us all quite busy in the Emergency Departments across the country. Unfortunately, despite advances in prevention, trauma is still the leading cause of mortality in children. Appropriately, we have discussed numerous topics pertaining to trauma (ex, Pneumothorax, Traumatic Aortic Injury, Major Brain Injury, Abdominal Trauma) and recently even touched upon the notion of Damage Control Resuscitation. One aspect of damage control resuscitation is the idea that coagulopathy is risk factor for mortality and, thus, it is important for us to understand a patient’s coagulation characteristics early on in management. Unfortunately, traditional PT/PTT and INR do not reveal the complete picture. Let’s look at a tool that may help us see that picture better – The Thromboelastagram: 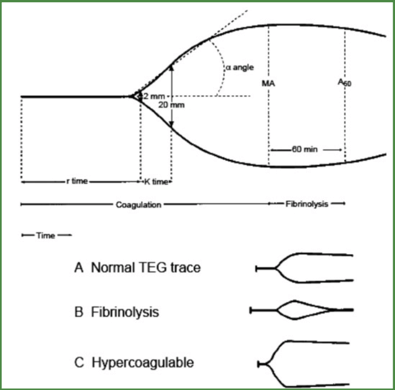 Traumatic coagulopathy (TC) occurs in 24% to 38% of adults and is associated with up to a six-fold increase in mortality. This study’s purpose was to determine the incidence of pediatric TC and its impact on mortality. […]

Severely injured pediatric trauma patients often present to hospital with early coagulopathy and metabolic acidosis. These derangements are associated with poor outcomes, but it is unclear to what degree they predict transfusion of packed red blood cells (pRBC). […]

To evaluate coagulopathy in pediatric trauma patients on presentation to the emergency department, and to quantify the relationship with mortality. […]

To describe the use of thromboelastography (TEG) to direct hemostatic resuscitation in a child with traumatic injury requiring massive transfusion. […]

The incidence and risk factors for traumatic brain injury (TBI)-associated coagulopathy after severe TBI (sTBI) and the effect of this complication on outcomes have not been evaluated in any large prospective studies. […]

Recent civilian studies have documented a relationship between increased mortality and the presence of an early coagulopathy of trauma diagnosed in the emergency department (ED). We hypothesized that acute coagulopathy (international normalized ratio >/=1.5) in combat casualties was associated with increased injury severity and mortality as is seen in civilian trauma patients. […]

Coagulopathy and hemorrhage are known contributors to trauma mortality; however, the actual relationship of prothrombin time (PT) and partial thromboplastin time (PTT) to mortality is unknown. Our objective was to measure the predictive value of the initial coagulopathy profile for trauma-related mortality. […]