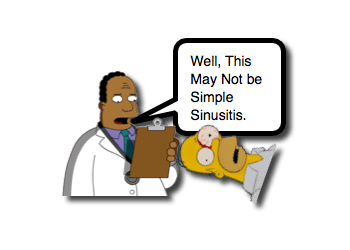 Orbital cellulitis represents a spectrum of diseases, some of which may progress to potentially serious complications. The authors used the Nationwide Inpatient Sample (NIS) database to analyze the epidemiologic features of pediatric and adult patients admitted for the treatment of orbital cellulitis and to examine associations with surgical management. […]

To assess the effect of adding orbital computerized tomography (CT) findings to the Chandler criteria for classifying pediatric orbital cellulitis in predicting which patients will require surgical intervention. […]

To investigate the predictive value of the complete ophthalmic examination at first presentation in foreseeing the need for surgery in patients with pediatric orbital cellulitis. […]

To investigate age and frontal sinusitis as indications for the surgical management of pediatric orbital cellulitis with subperiosteal abscess (SPA) and to create an SPA volume criterion that would favor nonsurgical management. […]

Orbital cellulitis and abscess formation in pediatric patients usually arises as a complication of acute sinusitis and if untreated may cause visual loss or life-threatening intracranial complications. This review describes the current evaluation and management of this condition. […]

To evaluate the microbiology of pediatric orbital cellulitis associated with sinusitis. […]

To determine the appropriate early management of orbital cellulitis and the current bacterial etiology and to evaluate the clinical usefulness of orbital computed tomographic imaging for this infection, a prospective study of orbital cellulitis was conducted during a 2-year period, 1999 to 2000, after the introduction of a conservative medical management plan designed by our pediatric infectious diseases, ophthalmology and otolaryngology services […]