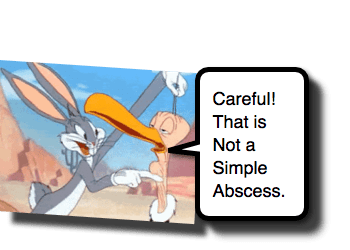 Kids, while adorable, can be a real pain in the neck (at least for their parents).  Of course, occasionally, they will have pains in their own necks.  We have addressed several potential causes of the neck pain previously (ex, Torticollis, Strep Pharyngitis, Peritonsillar Abscess, Retropharyngeal Abscess, Lymphadenopathy, Lemierre’s Syndrome), but let us take a minute to review other causes of a Pediatric Neck Mass.

Neck masses are a common clinical concern both in adults and children. The differential diagnosis is quite broad, from congenital lesions to malignant tumors. Based on the different pathologic diagnosis, the treatments are varied. To the best of our knowledge, limited reports, which specifically discuss the incidence and distribution of neck diseases in early childhood, have been published. Because of the great population in China, a thorough rev […]

Although ultrasound is regarded as the first choice imaging modality for evaluating a pediatric neck mass, neck computed tomography (CT) is necessary for urgent surgical conditions such as deep neck infections. Our aim was to evaluate the diagnostic effectiveness of and proper patient selection for neck CT as a method for the initial evaluation of pediatric neck masses in the emergency department. […]

The majority of neck masses in the pediatric population are congenital or inflammatory in origin requiring a thorough understanding of embryology and anatomy of the cervical region. However, malignancy must always be ruled out as they represent 11%-15% of all neck masses in the pediatric population. The initial history and physical are of utmost important to correctly work-up and eventually diagnose the lesion. This article addresses many aspects […]

Palpable neck masses are a common indication for pediatric imaging. Such lesions may be caused by infectious, inflammatory, tumoral, traumatic, lymphovascular, immunologic, or congenital etiologies. Radiological assessment of neck masses in young children should be tailored based on patient presentation and physical examination, as well as clinical suspicion. The goal of imaging should be to help arrive at a diagnosis or limited differential in a […]