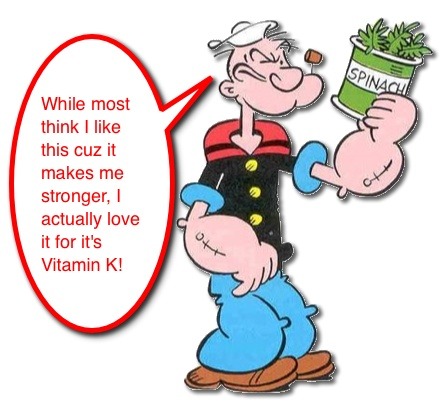 On several occasions we have discussed significant gastrointestinal conditions that may present in the young child (Intussusception, Malrotation, Necrotizing Enterocolitis, and even Crohn’s Disease).  These conditions may present with blood being noticed in the stool (Meckel’s Diverticulum would also come to mind).  Distinguishing between these conditions and others that lead to bleeding can be difficult; however, there is one question that you should add to your list that may help pick up on a condition that is often forgotten about nowadays:

“Has your child received Vitamin K?”

Hemorrhagic Disease of the Newborn

Is this a Big Deal?

So, the next time you are evaluating an infant for bleeding at the umbilicus or blood in the stool… or blood from anywhere, ask the simple question of whether the child got his/her Vitamin K shot.  The answer may change your management and evaluation drastically.

Prevention of early vitamin K deficiency bleeding (VKDB) of the newborn, with onset at birth to 2 weeks of age (formerly known as classic hemorrhagic disease of the newborn), by oral or parenteral administration of vitamin K is accepted practice. In contrast, late VKDB, with onset from 2 to 12 weeks of age, is most effectively prevented by parenteral administration of vitamin K. Earlier concern regarding a possible causal association between pare […]