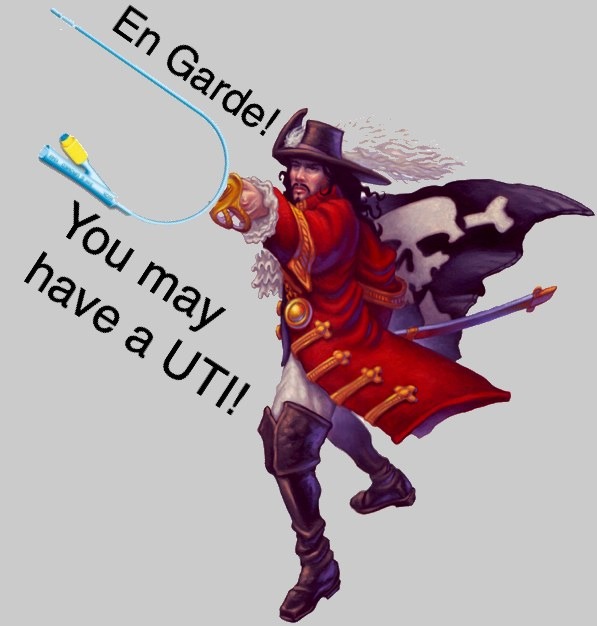 The modern era of vaccinations (Prevnar and HiB) have drastically reduced the risk of serious bacterial infections in our young febrile patients.  But, unfortunately, Urinary Tract Infections (UTI) are not affected by the modern vaccines and, therefore must still be considered.  I think many of us are accustomed to the guidelines and management strategies for the febrile child and, those of us who are old enough to remember a time prior to the modern vaccinations know that this strategy is quite different from prior plans.

Now for the child that has had two vaccinations, appears well, and has no respiratory symptoms and is without tachypnea we often only consider UTI.  Additionally, there is evidence that the risk of UTI in the child with proven RSV is still significant.  Interestingly, while the vaccinations have allowed us to feel more confident about the absence of bacteremia or meningitis, this knowledge that UTI can still be concurrent with viral infections has, perhaps, lead some excessive vigilance.

What follows is mostly my opinion… tempered with a little data… and hopefully common sense:

Which well-appearing, febrile infant (3-36mos) without a source should I consider UTI in?

Does having a viral illness make it so UTI is excluded?

Is there a duration of fever that makes UTI more likely?

One study did show that the risk of the patient having a positive Urine culture increased on day 3 versus day 1 of fever.

Yes, there were still positive cultures on day 1; but, all of these kids were defined as fever without a source.

If you patient has no source for the fever, then, please consider UTI high on the list of potential occult etiologies; however, if your patient has an obvious viral illness and it has been only a day of symptoms, I think that it is reasonable to save the urinary catheter for another day.

It is better to spend a few more moments explaining to the family that the copious snot dripping from the kid’s nostrils is actually reassuring at this moment; however, persistent fever could be a sign of a new concurrent UTI.  Just like these kids can go on and develop otitis media or pneumonia, they can also develop a UTI.

Feel free to disagree… let me hear what you have to say.