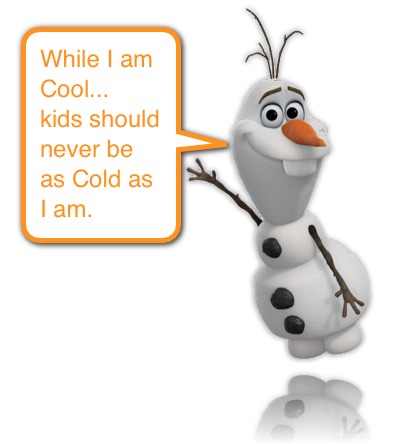 Well, for us in the Northern Hemisphere, the weather has finally reminded us that it is December.  At times it seems as if going outside can be hazardous to your health.  This is particularly true if you are a kid.  While we have discussed Neonatal Hypothermia as a sign of possible serious bacterial infection or other metabolic conditions and we have touched on the topic of Hypothermia associated with toxins like Ethanol, most often hypothermia in kids is due to the laws of thermodynamics.

Kids are more Susceptible to Hypothermia

This paper reviews literature on the topic of cold stress, near-drowning and hypothermia, written mainly since the last review of this type in this journal. The main effects of cold stress, especially in cold water immersion, include the “cold shock” response, local cooling causing decrements in physical and mental performance, and ultimately core cooling as hypothermia occurs. The section on cold-water submersion (near-drowning) includes discuss […]

The management of patients requiring a damage control approach taxes the abilities of the best equipped trauma center. These patients present with severe metabolic abnormalities, most notably characterized by a deadly triad of hypothermia, coagulopathy, and acidosis. Using volumetric, oxymetric pulmonary artery catheters, hypothermia and any ongoing cardiovascular abnormalities can be identified quickly and treatment can be monitored. External, f […]

This review considers several recent concepts regarding aetiology and treatment of accidental hypothermia. The importance and effectiveness of shivering heat production in the attenuation and reversal of hypothermia is described. Immediately following removal from cold stress, the patient is in danger of a deteriorating condition that may be due to collapse of arterial pressure and/or continued decrease of core temperature. Several controversies […]

Neutralize Button Battery in the Esophagus