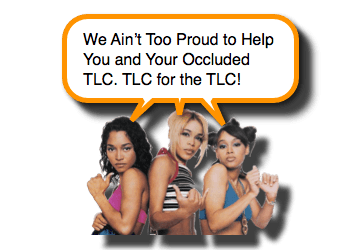 Children with chronic medical problems may require a variety of specialized tools, but what do you do when those tools become the problem. We have previously reviewed issues with Baclofen Pumps as well as Vagal Nerve Stimulators.  We have also discussed more commonly encountered equipment like VP Shunts, but one that deserves specific attention is the Central Vascular Line.  What can be done to fix the Occluded Vascular Catheter?

Central venous catheters (CVC), used for the management of children with hemato-oncological disorders, are burdened by a significant incidence of mechanical, infective, or thrombotic complications. These complications favor an increasing risk in prolongation of hospitalization, extra costs of care, and sometimes severe life-threatening events. No guidelines for the management of CVC-related occlusion and CVC-related thrombosis are available for c […]

Critically ill pediatric patients, especially in the intensive care unit, receive multiple medications and have a higher risk of central venous catheter (CVC) occlusion. If an occlusion occurs immediately after the administration of multiple medications or incompatible medications, either an acidic solution such as 0.1 N hydrochloric acid (HCl) or a basic solution of 1 mEq/mL sodium bicarbonate or 0.1 N sodium hydroxide can be used. However, comp […]

To review the literature pertaining to the efficacy of alteplase for restoration of patency of occluded venous and dialysis catheters in pediatric patients. […]

Long-term central venous catheters (CVCs) are important instruments in the care of patients with chronic illnesses, but catheter occlusions and catheter-related thromboses are common complications that can result from their use. In this Review, we summarise management of these complications. Mechanical CVC occlusions need cause-specific treatment, whereas thrombotic occlusions usually resolve with thrombolytic treatment, such as alteplase. Prophy […]

Alteplase is approved for use in the restoration of function to occluded central venous access devices (CVADs); however, there are few prospective studies in children. This study was undertaken to evaluate the safety and efficacy of alteplase in the treatment of CVAD occlusions in a pediatric population. […]