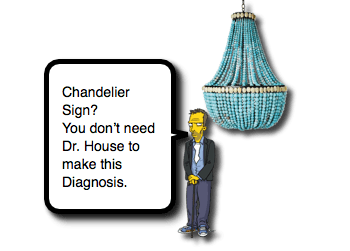 “Abdominal pain” is ubiquitous in the pediatric acute care setting. It’s list of potential causes are extensive and diverse. We have discussed many of these causes from acute (ex, appendicitis, intussusception, pancreatitis) to chronic (ex, CRAP). We have also discussed causes that don’t reside in the abdomen (ex, pneumonia, strep pharyngitis, ovarian torsion, testicular torsion). There is another cause that deserves attention, even if we would rather not have to think about it in the pediatric population.  Let us take minute to ensure we are not overlooking Pediatric Pelvic Inflammatory Disease:

Pelvic inflammatory disease (PID) is a clinical syndrome of the female reproductive tract characterized by inflammation of the endometrium, fallopian tubes, or peritoneum (1). PID occurs when microorganisms ascend from the vagina or cervix to the fallopian tubes and other upper genital tract structures (1). PID can result from untreated bacterial infections, including chlamydia and gonorrhea, and can lead to infertility, ectopic pregnancy, and ch […]

These guidelines for the treatment of persons who have or are at risk for sexually transmitted diseases (STDs) were updated by CDC after consultation with a group of professionals knowledgeable in the field of STDs who met in Atlanta on April 30-May 2, 2013. The information in this report updates the Sexually Transmitted Diseases Treatment Guidelines, 2010 (MMWR Recomm Rep 2010;59 [No. RR-12]). These updated guidelines discuss 1) alternative trea […]

Adolescents are at high risk for pelvic inflammatory disease (PID). Because accurate diagnosis of PID is difficult, and complications of untreated PID are significant, novel methods to improve diagnosis are essential. […]

We used 2008-2009 physician and hospital charges to estimate the direct cost of medical care per case of pelvic inflammatory disease. The estimated average total charge per episode was $3,025 (SD: $4155). The estimated average charge for patients treated in ambulatory (outpatient clinic and emergency department) settings was $7440 lower than for those treated on inpatient units. […]

Pelvic inflammatory disease, the infection and inflammation of the female upper genital tract, is a common cause of infertility, chronic pain and ectopic pregnancy. Diagnosis and management are challenging, due largely to a polymicrobial etiology which is not fully delineated. Signs and symptoms of this syndrome vary widely, further complicating diagnosis and treatment. Due to the potential for serious sequelae, a low threshold for diagnosis and […]

To study the microbial characteristics of patients with pelvic inflammatory disease (PID) and the possible impact of an intrauterine device (IUD) on the microbial environment in women presenting with PID. […]