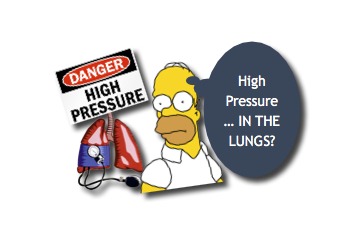 Caring for children can be rather challenging. Yes, there is a fair amount of finding ways to avoid saying “It’s Just a Virus” while conveying the fact that the child is doing just fine; however, there are also a number of children who require overt Critical Care. We have previously discussed critical presentations involving hypertension (ex, Hypertensive Crisis, Eclampsia, Pheochromocytoma, Thyroid Storm), but there is another that involves the lungs that we need to add to the library. Let’s review Pulmonary Hypertensive Crisis:

Pulmonary hypertension (PH) does not refer to a specific disease but rather a clinical manifestation emanating from a decrease in functional pulmonary vasculature resulting in progressively elevated right ventricle pressure and ultimately right heart failure. It is an uncommon disease process, but because of advancements in treatment, improved survival, and increasing prevalence, there is a greater likelihood that the emergency clinician will hav […]

During a pulmonary hypertensive crisis, the marked increase in pulmonary vascular resistance can result in acute right ventricular failure and death. Currently, there are no therapeutic guidelines for managing an acute crisis. This pilot study examined the hemodynamic effects of phenylephrine, arginine vasopressin, and epinephrine in pediatric patients with pulmonary hypertension. […]