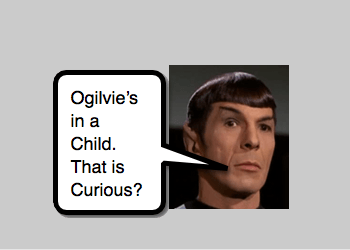 Caring for people, particularly children, can be very humbling. Just when you think you have a grasp of the potential hazards and pitfalls, a new zebra runs you over. While focusing extensively on “zebras” can be counterproductive, it is useful to know that they do exist. We have previously covered a few “zebras” (ex, Pheochromocytoma, Gradenigo’s Syndrome, Osteosarcoma, Hypertensive Emergency, Cerebral Venous Thrombosis) and hopefully this will help us spot those stripped creatures running with the horses.  Another zebra came close to running me over the other day.  Let us take a minute to review Colonic Pseudo-Obstruction, Ogilvie’s Syndrome.

Ogilvie’s syndrome is a rare and potentially fatal disease that can easily be mistaken for postoperative ileus. Also known as acute colonic pseudo-obstruction, early recognition and diagnosis of the syndrome allows for treatment prior to bowel perforation and requisite abdominal surgery. The authors report a case of Ogilvie’s syndrome following spinal deformity correction and tethered cord release in an adolescent who presented with acute abdomin […]

Sickle cell disease is a disorder that produces significant morbidity and mortality. Vaso-occlusive pain crises are the most common presenting symptom associated with sickle cell patients. A rare, yet important to recognize, complication of sickle cell disease is acute colonic pseudoobstruction, also known as Ogilvie’s syndrome. These patients may present with symptoms that are difficult to distinguish from other etiologies of abdominal pain, but […]

Acute colonic pseudo-obstruction is a poorly understood syndrome, characterized by the signs, symptoms and radiological pattern of a large bowel obstruction without evidence for a mechanical obstruction. We report a case of a 2-year old boy who presented with progressive abdominal distention, vomiting and abdominal pain on postoperative d 3. Plain abdominal z-ray showed markedly dilated large bowel. Mechanical colonic obstruction was ruled out wi […]

Acute colonic pseudo-obstruction (ie, Ogilvie’s syndrome) is an uncommon but serious condition in the pediatric population. Definitive management traditionally has consisted of endoscopic decompression. Recent studies have documented the effectiveness of neostigmine as a pharmacologic alternative to mechanical decompression. To date, however, this literature has focused exclusively on the adult population. The authors present the first reported c […]