Yes, the amount of grey in my beard increases exponentially on a daily basis now. Yes, there are days that I may seem “set in my ways.” Sure, my sister just turned 50! (happy birthday Big Sis!!) Yet, despite my rapid physical deterioration, our job prevents my mind from becoming quiescent (at least for now). In fact, just this past week, my good friend, Dr. Clothier, taught me something I had never known (or seen) before! Let us take a second to review this unusual, and potentially alarming, feature – Superior Herniation of Thymus:

Superior Herniation of the Thymus

Stuut M1, van Zwieten G2, Straetmans JM3, Lacko M2, Stumpel CT4. The inflatable thymus herniation of the normal mediastinal thymus: A case report and review of the literature. Int J Pediatr Otorhinolaryngol. 2016 Apr;83:74-7. PMID: 26968057. [PubMed] [Read by QxMD] Anterior neck masses in young children can be a diagnostic challenge for otolaryngologists and radiologists. We present a rare case of herniation of normal mediastinal thymus in a four-year-old girl. Additional medical features as an inguinal hernia and trochlear nerve paresis raised the question whether there is a causal relationship or an association. A connective tissue disorder could not be diagnosed as possible causal factor to the abnormal […]
Ranga U1, Aiyappan SK, Sujatha B, Pathy A, Veeraiyan S. Unusual Cause of Suprasternal Swelling: Cervical Extension with Herniation of Mediastinal Thymus. Indian J Pediatr. 2015 Jul;82(7):657-8. PMID: 25676318. [PubMed] [Read by QxMD]
Su SC1, Hess T, Whybourne A, Chang AB. Intermittent midline suprasternal neck mass caused by superior herniation of the thymus. J Paediatr Child Health. 2015 Mar;51(3):344-6. PMID: 25266888. [PubMed] [Read by QxMD] Neck masses in infants and children have a wide differential diagnosis. However, neck masses apparent only during raised intrathoracic pressure are rare with a limited number of causes, including superior herniation of the normal thymus, apical lung herniation, jugular phlebectasia and laryngocoele. These conditions can easily be differentiated from one another by imaging. We present an infant with intermittent suprasternal neck mass visible only […]
Senel S. A reminder on superior herniation of normal mediastinal thymus. Eur J Pediatr. 2011 May;170(5):675. PMID: 21301869. [PubMed] [Read by QxMD]
Senel S1, Erkek N, Otgun I, Cinar G, Cifci A, Yoney A. Superior herniation of the thymus into the neck–a familial pattern. J Thorac Imaging. 2008 May;23(2):131-4. PMID: 18520572. [PubMed] [Read by QxMD] Superior herniation of normal mediastinal thymus into the anterior neck is a rare cause of neck masses in children. It is defined as intermittent migration of the broadest part of the normal thymus out of the thorax into the suprasternal region during Valsalva maneuver with an increase in the intrathoracic pressure. The fact that the mass apparent only during Valsalva maneuver and typical ultrasound characteristics usually allow the diagnosis but […]
anterior neck massHerniaNeck MasSuprasternal MassThymus 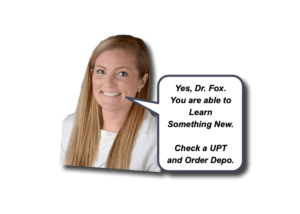 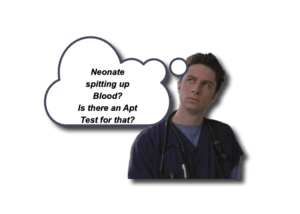 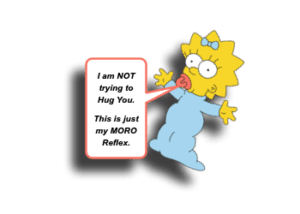