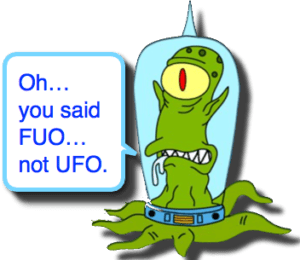 Fever is one of the most common chief complaints in the Peds ED.  We are all very accustomed to the common considerations (ex, UTI, Croup, Bronchiolitis, Appendicitis, and Sinusitis).  We also know there are “zebras” that may try to trample us (ex, Kawasaki’s, Myocarditis, Osteomyelitis, Acute Rheumatic Disease, Lemierre’s, and Cat Scratch Disease). Additionally, we are aware of how important it is to avoid the “It’s Just a Virus” statement. On occasion though, the cause of the fever will not be clear, but the prolonged fever warrants concern. Let us, now, look at Fever of Unknown Origin.

Knowledge about the etiology of fever of unknown origin (FUO) has been changed under the influence of new advances in diagnostic techniques in both adulthood and childhood. Seventy-seven patients with the diagnosis of FUO were evaluated retrospectively. Forty-six (60%) of the patients were male and 31 (40%) were female, with ages ranging from 4 months to 16 years (mean: 4.5 years). Physical findings were absolutely normal in 33 (42.9%) patients, […]

there are no previous systematic reviews of published pediatric case series describing the etiology of fever of unknown origin (FUO). The purpose of collecting these data is to determine the etiologies for children with FUO in both developing and developed countries. […]

Fever is a common complaint leading families to seek medical attention. Its routine management is the bread and butter of pediatric practice. When fever is seen as prolonged beyond the expected time course (eg, 10 days for a presumed viral respiratory tract infection or 3 weeks for mononucleosis), concern for fever of unknown origin (FUO) may ensue. This diagnosis is among the most challenging for health care providers to approach and often invol […]

We reviewed the incidence of occult bacteremia, to identify the most frequent etiological agents of bacteremias in otherwise healthy children from one month to 10 years old, who had fever of unknown origin attended at the emergency ward of an urban, university-affiliated pediatric referral center. This was a retrospective medical record review, evaluating children with fever. Data were collected from the initial visit, when blood cultures, hemato […]