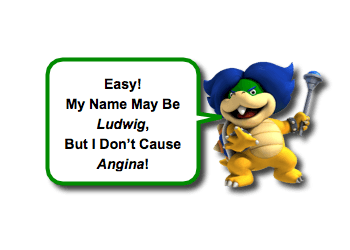 Pediatric head and neck infections are encountered commonly in the Emergency Department. While most often these will be relatively simple (although still annoying to the patient and family) like Acute Otitis Media, Otitis Externa, Sinusitis, or Pharyngitis, they can also become complicated. Certainly we must be adept at managing the straight forward cases, but we need to remain vigilant for the potential complications (ex. Gradenigo’s Syndrome, Orbital Cellulitis, Periorbital Cellulitis, Mastoiditis). One such complication deserves great respect. Let us review Ludwig’s Angina in Children:

Ludwig’s is much more than the standard swollen submandibular lymphnodes children often get, but obviously, we’d like to detect it before it gets to the point of airway compromise.

As many as 1 in 3 of cases of Ludwig’s angina occur in children and adolescents, and pediatricians are therefore ideally situated to detect these individuals at an early stage of their potentially life-threatening disease. The early identification and referral of children afflicted with Ludwig’s angina to tertiary care centers allows for the rapid initiation of medical therapy and the consultation of those emergency services critical to providing […]

Ludwig’s angina is a rapidly progressive cellulitis of the submandibular space and has the potential for significant upper airway obstruction. Most reported cases follow an odontogenic infection. We present the case of a 13-year-old girl who underwent a frenuloplasty to correct speech disturbances and subsequently developed a life-threatening infection of the floor of mouth. Immediate intubation, surgical decompression and antibiotic therapy succ […]

Ludwig angina remains a potentially lethal disease, rapidly spreading bilateral cellulitis of the submental, sublingual, and submandibular spaces, which bears the threat for rapid airway obstruction. Since the introduction of antibiotics in 1940s, the mortality was reduced significantly. This resulted in the rare occurrence of the disease, leaving many physicians with limited experience of Ludwig angina. Although the occurrence of Ludwig angina i […]

Ludwig’s angina is a rapidly progressing cellulitis involving the submandibular neck space. It is characterized by brawny induration of the submental region and floor of mouth, bearing the potential for rapid airway obstruction. Airway management, antibiotics, and judicious surgical intervention are the mainstays of successful therapy. We present a case of Ludwig’s angina in a 5-year-old child and offer a meta-analysis of pediatric cases of Ludwi […]

A 13 year review of patients diagnosed to have Ludwig’s angina admitted to the Christian Medical College and Hospital, Vellore, India, between March 1982 and April 1995 is presented. The patients were either admitted to the ENT or paediatric surgical units. There were 41 patients, 24% being children and 76% adults. The clinical profile and outcome of these two groups were compared. In the paediatric group, none had dental caries while in the adul […]

Despite a reduction in preantibiotic mortality rates that exceeded 50%, Ludwig’s angina remains a potentially lethal entity primarily because of rapidly progressive airway obstruction. Since the reports of several large series in the 1940’s, there have been put sporadic case reports because of widespread use of antibiotics in orodental infection, improved dental care, as well as adherence to strict diagnostic criteria. Since this entity is now un […]