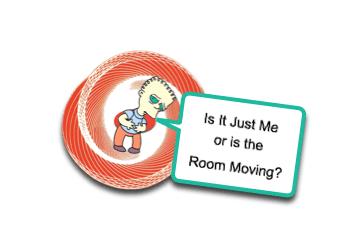 No one likes to feel dizzy and, certainly, no one likes feeling as if the the room is spinning (unless you are competing in a game of Dizzy-Bat). When an adult has vertigo, I get queasy too. The severe causes can look very similar to the benign ones in adults, but what about with kids? What issues do I need to contemplate in children presenting with vertigo? Let us take a minute to digest a Morsel of goodness on Vertigo in Children:

Vertigo in children “does not commonly represent a life-threatening or serious illness.” [Davitt, 2017]

Life-threatening disorders presenting with vertigo do occur, but “appear at an extremely low rate.”  [Davitt, 2017]

Vertigo: Evaluation in the ED

Since the overwhelming majority of cases of vertigo in children will be due to a benign etiology, it is our job to mindfully screen for the rare, life-threatening conditions while being reasonable guardians of our resources.

This study aimed to characterize the clinical features and outcomes of benign paroxysmal positional vertigo (BPPV) in the pediatric population. […]

Vertigo is a relatively common complaint in children with 5.3% of pediatric patients complaining of this symptom. Although the causes of vertigo have been well established in adults, the diagnoses in children have not been well described. The aims of this systematic review are to discover the current information regarding etiologies of vertigo in children and to determine the most common diagnoses that present with vertigo in pediatric patients. […]

Vertigo/Dizziness in childhood is not a rare cause of visits to the emergency department (ED). We analyzed a selected group with vertigo/dizziness to identify signs and symptoms that may help to guide the diagnostic approach and management. […]

Epidemiologic studies have shown Vestibular migraine (VM) to be the most common cause of vertigo in children, but little is known about the typical presentation and response to treatment of this disorder in the pediatric population. The aim of this study was to evaluate the diagnostic features and response to therapy of VM in children managed at a pediatric vestibular clinic. […]

Childhood episodic vertigo has been reported to be associated with migraine or childhood periodic syndromes such as benign paroxysmal vertigo of childhood. There is discrete evidence that unexpected recurrent vertigo is associated with a high level of depression and anxiety in adults. However, only a few studies describe the frequency and characteristics of psychiatric comorbidity in vertiginous children. The aim of this study is to evaluate the […]

Vertigo in childhood is a complaint consisting of a wide spectrum of diagnoses. The aim of this study was to evaluate pediatric patients with vertigo with normal eardrum and middle ear findings and discuss the differential diagnoses. […]