We have previously discussed how saying “It’s JUST a virus,” is not comforting to families and may undermine your credibility. For one, this phrase minimizes the family’s concern… and secondly, viruses can be quite problematic (ex, Influenza, Varicella, HSV, Reye’s Syndrome, EBV). Recently, while we have been wrestling with increasing numbers of vaccine-preventable illnesses caused by viruses (say hello to Measles and Mumps again), there has been an increase in cases of another potentially deadly virus. Let’s remind ourselves of this devastating disease – Eastern Equine Encephalitis:

I enjoy taking care of patients and I finding it endlessly rewarding to help train others to do the same. I trained at the Combined Emergency Medicine and Pediatrics residency program at University of Maryland, where I had the tremendous fortune of learning from world renowned educators and clinicians. Now I have the unbelievable honor of working with an unbelievably gifted group of practitioners at Carolinas Medical Center. I strive every day to inspire my residents as much as they inspire me.
Website Twitter Facebook Linked In Instagram
Articles: 532 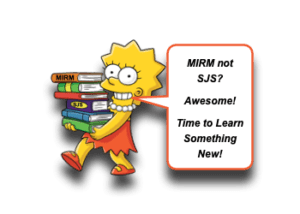 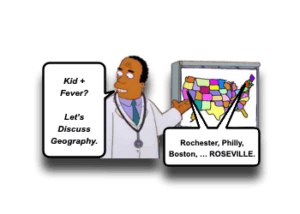